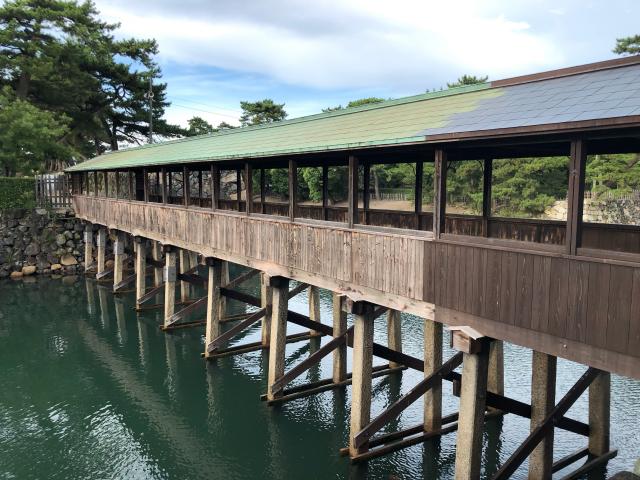 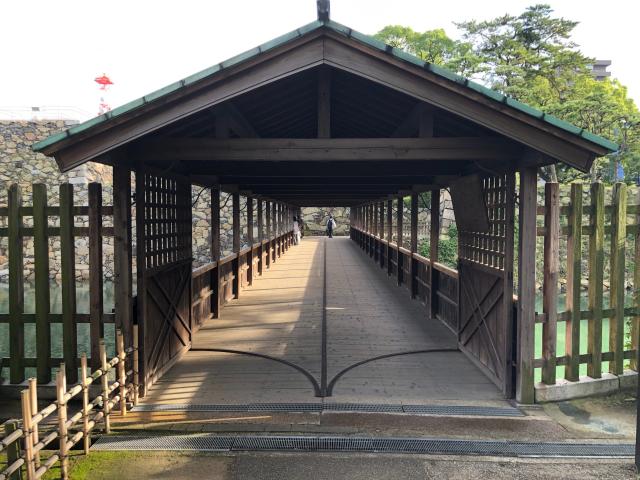 Saya-bashi Bridge was the only way to enter honmaru(the core region of the castle) from ninomaru(the outer layer of honmaru). By dropping the bridge， honmaru alone would be protected. According to old pictures and drawing， this bridge was always in the same spot from the day the castle was built.
Initially， the bridge did not have a roof， and it was called “Rankan-bashi as rankan(parapets on the bridge) were drawn in a picture dated back in the mid 1640s. Since it was depicted as a covered bridge in a picture dated in the sixth year of Bunsei(1823)， the bridge must have been remodeled somewhere in-between during the Edo Period.
It is said that the existing Saya-bashi Bridge replaced the older bridge when tensyou(the castle tower) was dismantled in the seventeenth year of Meiji(1884).